Home / The Epistemology of the Media: New Directions

The Epistemology of the Media: New Directions

The Epistemology of the Media: New Directions

The first AEP workshop, which will also serve as the official “kickoff event” for the project, will be on the epistemology of the media. It will be held on September 9-10 at UNC Chapel Hill. The program is available here. Note: pre-registration is required, and space is limited. If interested in attending, email aworsnip [at] unc [dot] edu.

Workshop description: One feature of the recent applied turn in epistemology has been a sudden burst of philosophical work on “fake news.” But beyond this, the epistemology of the media remains relatively underexplored within philosophy. This workshop will aim to bring together scholars both from philosophy and from fields such as communications and journalism to identify and explore new questions and problems in this important area, at a time of unique challenges for news production and consumption caused by new media technologies. We also aim to better understand how philosophy can help to inform social scientific work in this area, and vice versa. Topics for exploration might include, but are by no means limited to: 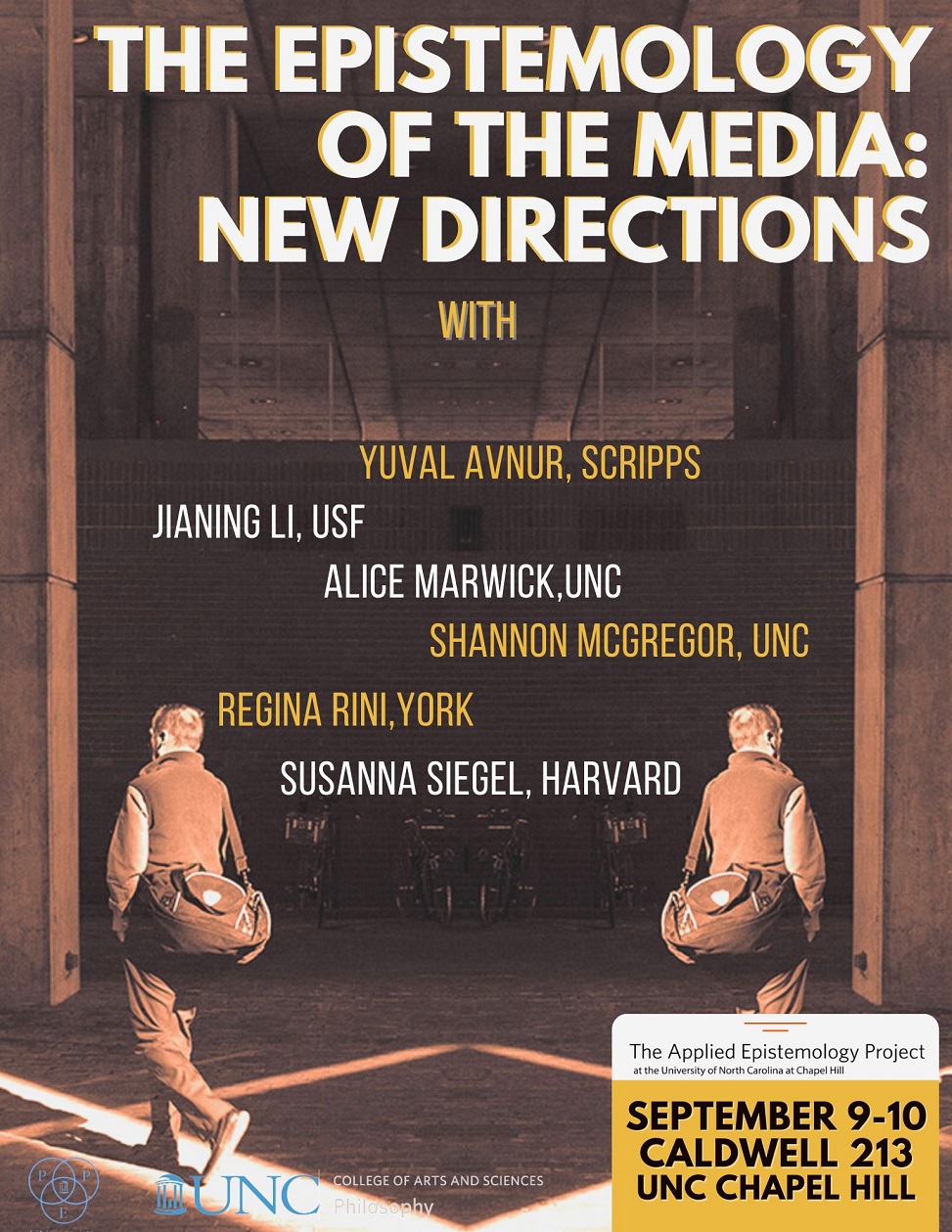